This half term our topic is transport. In preparation for this topic, the children were asked to think about which transport they would like to explore.

In the first week, we focused on Road Safety using resources from the Think Education website and our own role play equipment. The children thought about how to keep themselves safe whilst walking near or crossing a road. They also thought about the importance of being visible to traffic by designing brightly coloured clothing and bicycle helmets.

The second week, we were looking at bikes and were lucky to have two visitors in school to talk about cycling and motorbikes. Mr Barber talked about his cycling hobby and how he was about to embark on a challenging bike ride, cycling from Land's End to John O'Groats. He talked about the special features of his bike, including slim line wheels and light weight frame to help with speed. He also spoke about his special cycling gloves, padded shorts and high visibility strips on his t-shirt. The children were particularly interested in his shoes, which attach to the pedals of his bike. Mr Barber gave us a cycle demonstration in the playground whilst the children cheered and wished him good luck! 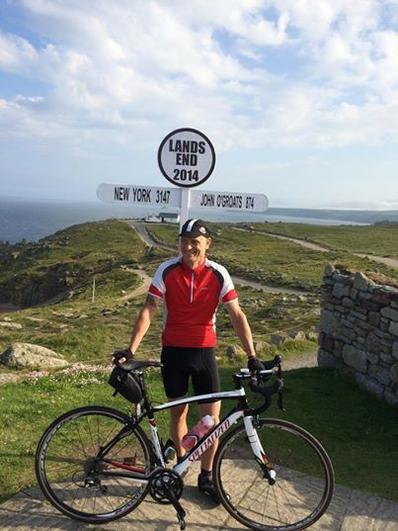 For our third week on transport, we have been focusing on trains. On Tuesday, we visited Bekonscot Model Village and Railway. We spent time looking at the model trains as well as talking about the many other types of transport we saw in the village. After the visit, the children were eager to go outdoors in the garden to draw and tally the trains which passed by our school. The children shared their experiences of travelling on trains. The children wanted to find out more about steam trains so we researched trains further using the internet.

During our fourth week, we have been looking at cars. On Monday, we were very lucky to have Mr Brosnan bring an electric car in to school. The children enjoyed finding out about how an electric car works and differs to other cars. They each had the opportunity to sit inside the car, before watching Mrs Tempest drive the car around the Early Years field. Later in the week, Mr Taylor brought in his Aston Martin in for the children to look at. The children have also enjoyed washing some of the Teacher's cars and writing parking tickets.

During our fifth week, we have been finding out about transport that fly. On Thursday, we has a visit from a pilot called Mr Dove-Dixon who is the captain of a British airways aeroplane. He has travelled all over the world on many long-haul flights and he explained to the children about his job and answered their many questions about how an aeroplane works. We also looked at some pictures he had taken inside the cockpit and during some of his flights. It was a fascinating insight into aeroplanes and flying.

A 'sessionid' token is required for logging in to the website and we also use a 'crfstoken' token to prevent cross site request forgery.